These have been the problems of the Boeing 737 Max

Those who follow what is happening in the aviation industry are aware of the scandal that is developing around the Boeing 737 Max problems.

This latest version of the plane of the famous American company Boeing had a series of initial problems caused by the design characteristics of the now obsolete and often modernized machine.

Origin of the Problems Boing 737 Max

The new powerful and more efficient engines were found to be too large and heavy compared to those used in the previous 737 NG model and, by moving away from the support planes of the wings, created a stronger turning moment, which lifts the nose of the wing. plane when thrust is generated.

Related Article: Did you know that the LENGTH of a BOEING 747 AIRCRAFT is 231 FEET?

Also, with an increase in angle of attack, they block airflow to the wings, which dramatically reduces lift and is very dangerous.

To continue to use the new engines alongside the previous build, the company invented the MCAS (Maneuvering Characteristics Augmentation System) system, which is designed to quietly help the pilot control the aircraft in manual mode.

If a certain angle of attack is exceeded (based on the indicators of two sensors), the aircraft will submerge.

Two Tragic Flights of the Boeing 737 Max and 9 Problems

It is believed that it was the improper operation of MCAS that killed the Indonesian Max in October and caused a similar disaster in Ethiopia in March, after the Boeing 737 Max problems the company was forced to stop production of the Boeing 737 Max.

Even before takeoff, the data on the Lion Air 610 showed evidence of a problem. While the plane was taxiing, the two angle of attack sensors on the nose of the plane registered very different values.

The left sensor was clearly wrong, the plane was still on the ground, but the plane did not recognize the discrepancy.

On Ethiopian Airlines Flight 302, there was no sign of a problem before takeoff.

Article that may interest you: What are the AERONAUTICA SCHOOLS in Mexico

Shaking in the Aircraft Control Stick

The Boeing 737 Max had difficulty with the angle of attack sensor.

Immediately after take-off, the Lion Air aircraft began giving warnings to pilots as a result of the faulty sensor. The captain's control lever began to tremble, an indicator of a possible loss.

The left sensor of the Lion Air 610 aircraft, the one that apparently controlled the MCAS system, registered an angle of attack at 74.5 degrees, much higher than would be conceivable, a fact that MCAS considers to be valid.

Article of Interest: What is the JOB of a HOSTESS? 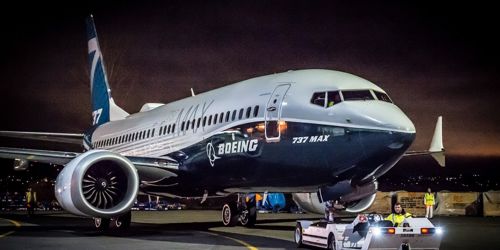 The MAX was supposed to come with an indicator to indicate to pilots that there was a disagreement between the two angle of attack sensors.

However, due to a software glitch that Boeing discovered in 2017 but had not fixed, that light was not really functional for most customers, including Lion Air and Ethiopian Airlines.

After ascending to 5,000 feet, the flight data shows the pilots manually countering the MCAS system, using electrical switches on the control column to raise the nose of the plane again.

But instead of shutting down and relinquishing control to the pilots, MCAS repeatedly compromised. Over the next seven minutes, MCAS pushed the Lion Air 610 down more than two dozen times.

Five seconds after the Ethiopian pilots disengaged the autopilot, MCAS took control. The system moved the trim down 2.5 units, sending the plane down.

Officials at the U.S. Federal Aviation Administration believed, based on Boeing's initial system safety assessment of the MAX aircraft, that MCAS was only supposed to be able to move the setting by 0.6 units, not 2.5.

No Power and the Plane Down

While the Ethiopian Airlines pilots had cut off the electrical power that was moving the tail horizontally, the tail was still in a nose-down position.

The pilots pulled the control column and continued to ascend thanks to the elevator tabs on the rear edge of the horizontal tail.

After pressing the kill switches, the only way the Ethiopian crew could adjust the horizontal tail was to do it manually, physically turning a wheel next to the pilot that is connected by cables to the rear of the plane.

The first officer tried it, but reported that it was not working.

It may interest you: What are the PARTS of an AIRPLANE 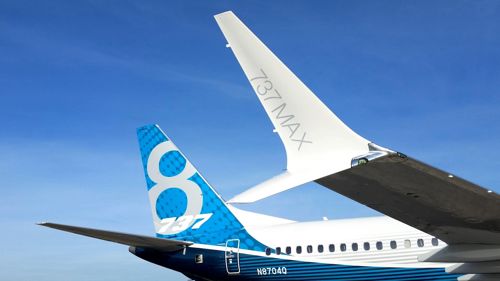 The Last 31 Seconds of the Lion Air Flight 610 Crash

Just 31 seconds before the Lion Air crash, the pilot was still highly aware of his surroundings and asked ground controllers to prevent other planes from flying near his altitude.

When the controller asked his altitude, the pilot replied: "five thousand." That was 19 seconds before the crash.

The pilot of the Lion Air 610 aircraft pulled on the control column with all possible force. But with the spine only controlling the elevator tabs at the back of the horizontal tail, it was unable to fully counter the nose-down passage from the MCAS twist of the larger portion of the horizontal tail.

The Ethiopian airline pilots had inexplicably not revved the engines, which were still in take-off power. As a result, the speed of the plane increased and his efforts to maintain the tilt of the plane were not sufficient.

They decided to reactivate the electrical controls. Just 23 seconds after MCAS reengaged, Ethiopian Airlines Flight 302 crashed to the ground.

As you have seen, the Boeing 737 Max problems of the two tragic flights indicate that they were possibly failures of the angle of attack sensors and the incorrect operation of the MCAS caused the fall of two planes 5 months apart, killing 346 people.

Tips and Tips: BUILD a CURRICULUM VITAE for Tourism and HOTELS

What is an Aircraft Fuselage? 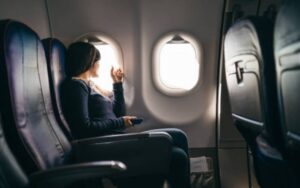 How to Choose your Airplane Seats at Volaris

Parts of a Commercial Plane

How do the wings of an airplane work?

Parts of an Aircraft Cabin

What are Aircraft Flaps for?

These have been the problems of the Boeing 737 Max 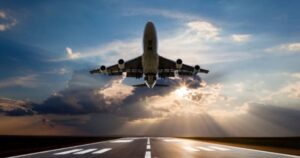 How Much is a Boeing 747 Passenger Plane?

What is the Landing Gear of an Airplane 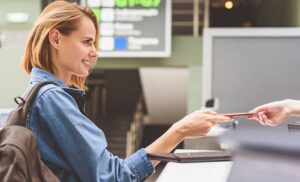 Is Boarding Pass and Check In the Same?

How to Become an Aviator Pilot

What is the Job of a Flight Attendant?