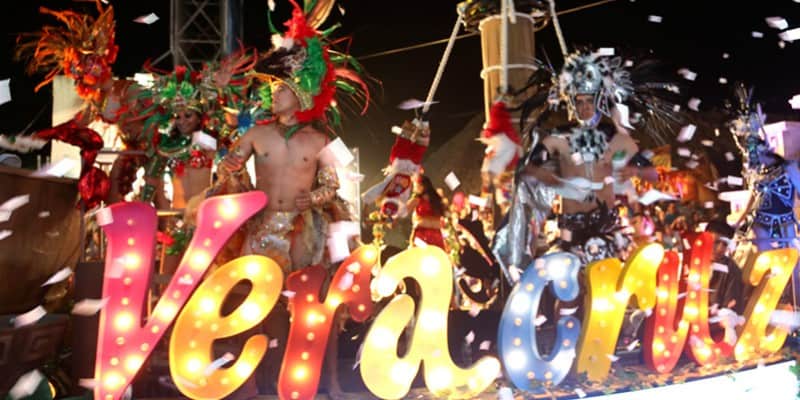 Carnival of Veracruz A bit of History ...

It all started there in 1925 when the first Veracruz Carnival Steering Committee was organized. This same is the one that gives life to all the parties that had already been taking place in different private venues for more than 50 years. Masks, large dresses of different colors and allegorical costumes were seen parading through the main streets of the port.

Everyone had to do with the scandal generated by these parties, music, costumes and people. There is the difference. The feeling of a population, the love of its culture and customs will never pass, and this definitely marks an indelible mark, making it one of the main characteristics of the importance of the Veracruz native.

The Carnival of Veracruz: Geographical Location, Culture and Traditions

Being the door of Mexico to the world, the state of Veracruz Today it represents the most important commercial maritime port of the Aztec nation. It is said that the Huastecs, the Totonacs and the Olmecs were the first civilizations that populated the territory. Also, it was the first province to be populated with citizens of Castilian origin, and with them the first churches and temples of the American continent.

Related Article: Know the DATES of the MAZATLAN CARNIVAL, a Party full of JOY

Like the rest of the region, this one witnessed the occupation and invasion of the corsairs. Various events led the population to recover and rescue everything that was culturally its own: altars, customs and beliefs, for example "the day of the dead", "the festival of Candlemas", "the branch" and "the old man" popular in December times, and of course, the Carnival, representative not only from Veracruz but from the whole country.

In artisanal terms, you can rescue their textile skills, particular to the Huasteca community, in the Sierra Zongolica. Finished in fabrics with the best details in the area, of extraordinary quality, with an export stamp.

It may interest you: The BEST Hotels with SLIDES and Water Park

Creole Gastronomy of the Veracruz Carnival

So are you hungry? The question of the day comes: What are they going to eat now?

La gastronomy Veracruzana it is very varied and particular, like Mexican cuisine in general. Excellent choice to taste by visitors to the Veracruz Carnival. It begins with the main dish or drink. Several of its particular drinks are presented, among them are popo, torito, atole or menyul, all of them with particular ancestral origins in the area.

Then comes the well-known "Rice to the lying”, Where rice, onion and shellfish (octopus, shrimp and crab) are served and a red broth make up this stew, whose name comes from the way the pot is lowered from the stove or kitchen, and served at once so that the stew does not evaporate.

Do not stop visiting this blog: Learn some REPOSTERIA FINA Mexicana REPOSTERIA

Therefore, the main course has to come from the sea. The most popular of all the Fish Veracruzana, definitely a delight, this is a golden snapper with butter, it is placed in a sauce of tomatoes and peppers, olives and capers (to your taste), the spices and the quantity are the chef's secret, ready to serve with a mixed salad, or in many cases white rice.

Without a doubt, all the fruits of the sea represent the main heritage left by the Spanish, after four centuries of living in the area. And to close with a flourish, "Oysters a la Diabla”. A delicacy subtly seasoned with the best spices of the region, where you cannot miss the chili, which gives a different touch to the dishes.

Do not stop reading this article: FAMOUS DJ names of ELECTRONIC MUSIC to Liven up your Parties

Attractions in Veracruz on its Carnival Days

Now, as if to aid digestion, a walk around the state is proposed, before going to the Veracruz Carnival. From there you can get the best landscapes, between beaches, museums, jungle, rivers, volcanoes, mountains, everything. Definitely, a territory to visit in its entirety. The best tourist attractions, natural and those created by man, ready to be enjoyed and stored not only in the memory of your camera.

They begin by describing the Island and Fortress of San Juan de Ulúa. Beginning its construction in 1535, with coral stones from the coast. It represented a kind of military fortress for the Spaniards of the time, thanks to the security provided by the reefs. Today it is an excellent place to practice diving.

You will be interested in: A FUN PARK in Mexico that you will love!

Other Tourist Attractions in Veracruz ...

As a second proposal is the Veracruz Reef System, represents the second most important reef in all of Mexico, after the Great Mayan Reef.

With an impressive natural beauty that consists of 17 reefs, islands, islets, shallows and an approximate of 350 sunken boats, forming artificial reefs. All this forming an extraordinary biodiversity, perfect for those who wish to enjoy star-shaped corals, cat's tail, whip, gorgonians, roll, among others.

And of course, the fauna that inhabits the corals, among them are turtles, rays, dolphins, snails, squid, clown fish, etc.

It may interest you: The History and SACRIFICES of the SACRED Cenote of CHICHEN ITZA

Curious Article: What is the most EXPENSIVE HOTEL in the WORLD?

Are you looking for an aquarium where you can interact with sharks from a submerged acrylic box? "Do I have". The third space selected is the Veracruz's aquarium, which has more than 20 species of fish typical of the Veracruz coasts. The main attraction is the shark, which thanks to the 13 acrylic windows that the site has, visitors can enjoy up close.

We could continue telling you, for example, about everything about the tasty Cafe de Veracruz in the town of Coatepec, who also has a coffee route, for lovers of this elixir. Also, you could tell them about the town of chachalacathe papantla o Anton Lizardo and its beautiful beaches. But no, we will let you yourselves go and enjoy. Plan your visit to Veracruz Carnival, and with it the best excuse to walk around the whole town.

You will be interested in: ¿ How much does it cost to SWIM WITH DOLPHINS in Xcaret?

Veracruz, the best and most colorful Carnival of Mexico: its people, its music, its traditions and customs await you. "So my dear , come to the rumba! " 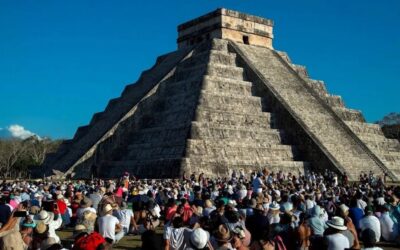 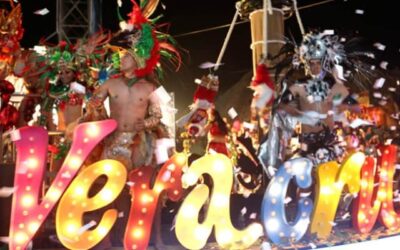 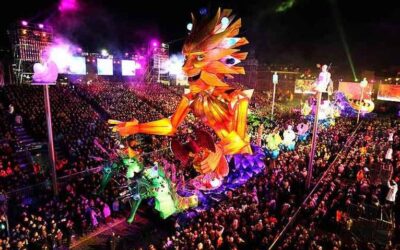 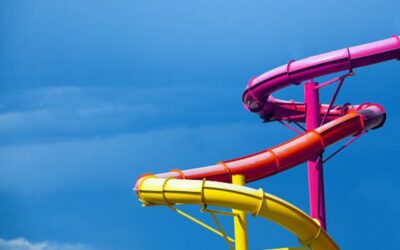 6 Hotels with Water Slides in Mexico 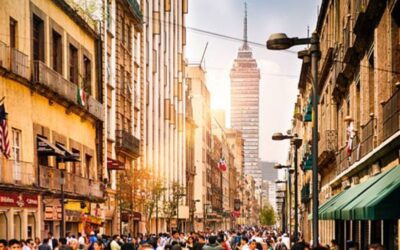 The 12 Best Attractions in Mexico to Enjoy 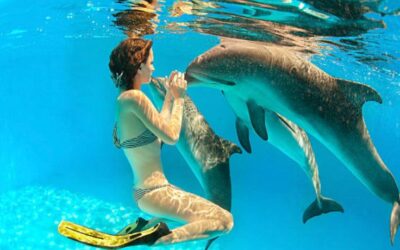 How is the Excellent Swim with Dolphins in Xcaret