The cruise director among other things is responsible for all activities and entertainment on the ship, from musicians and speakers to deck parties and night shows.

Grand Hotelierte presents the interview with Sin Álvarez or “Sinful Sin” as he is artistically known, who has held this position for different companies. You will offer us your vision throughout this 10-question interview.

Related Article: 11 TIPS to TRAVEL by CRUISE through the CARIBBEAN

What a Cruise Director Does

In the questions that were put to him, Sin clarified some of the doubts that may arise around such an important position. The transcripts of the responses are presented below.

What a Cruise Director Does

He is in charge of making the entertainment program, how much money has to be spent, seeing the prizes, contests, shows and others.

You may also be interested in: The world's largest cruise ship

How to Get a Cruise Director Job

There are two ways. One start from the bottom, get a cruise staff job. Here in Mexico in the hotel industry he is what is called an entertainer, here in the hotel in Mexico he is the one who plays games in the beach, beach volleyball, evening shows, games, etc.

If you want to apply directly to a cruise director, it is very difficult for you to apply without experience.

The Experience of a Cruise Director

The experience you need is to have a background in entertainment, whether in theater, dance, music, comedian, stand up or something that is entertainment so that you can apply to cruise director.

That is why you need a vast background in entertainment and animation and generally you are not given the position of cruise director, you must start from cruise staff and work your way up.

Read also this Article: WORK on CRUISES: A Way to TRAVEL around the WORLD

What Skills or Knowledge or Studies does a person need? Cruise Director

The skills you need is to be an entertainer, you have to know things about entertainment, things about theater, shows, dances, animation, speaking into the microphone, entertaining people, and it is important to mention that the cruise director is in charge of the safety of the people of a ship.

When an emergency happens, the voice of the cruise director is what you hear that you have to do during the emergency, it has to be next to the captain who provides information, you tell the guests and you talk to the guests that to do in case of an emergency.

Interesting article: DISCOVER What is the UTILITY of the SEA NOTEBOOK in Mexico

How were your beginnings? Sin, a Ser un Cruise Director

I started in hotels in Mexico, from animator, then in the hotels where I worked as an entertainer, head of sports, then animation manager and suddenly I did a casting to work for the Royal Caribbean, and there, although I was a manager in a hotel in Mexico, I started from the bottom as a cruise staff ( year and a half) and then activities manager.

You will like to read: The IMPORTANCE of TOURIST ANIMATION in HOTELS and Resorts in Mexico

On how many Cruises have you worked as a Cruise Director?

Later I was in a small company called Mano, which is based in Israel, some very small cruises there in Israel and Greece, and last year I was in Princess as cruise director and now I am going to go to another company, but not yet. I can reveal. So four years on Norwegian Cruise Line, one year on Mano Cruises, and one year on Princess.

Relevant Article: How does a LIFE VEST WORK?

How Much a Cruise Director Earns Currently

The cruise director salary varies, it depends on the line and the years you have been in, and the negotiations, and in the line in which you have been each year you have a raise, you have bonuses, so I cannot tell you exactly how much a director of cruise.

You have annual bonuses for meeting goals, sales, because on some ships you have to play games and you are in charge of promoting them and you have commissions and some other things. Let's say 4 thousand dollars the most basic and up to 8 or 9 thousand dollars.

Visit this Blog: HOW TO CHOOSE THE BEST CABIN on a CRUISE

There are many differences, what happens is that the entertainment director of a hotel here in Mexico does not always have the knowledge that he should have as a cruise ship director.

As an entertainment director of a hotel here, you would still have to enter a cruise as the highest you would enter, it would be as an assistant director of the cruise so you know what to do.

The differences are, first of all, they are safety. The cruise director has to know a lot about safety and have passed a lot of training like first aid, what to do in case of fires on the boat or in the event that they have to vacate the boat and that have to do with safety.

The Director of Entertainment ...

The knowledge and training you have had in first aid, saving lives, crisis management, etc., that comes first.

Interesting article: EVERYTHING YOU NEED TO KNOW About ALTAMAR Meaning

You need to learn a lot about lights, music, audio, shows, choreography, I think that a person who is a choreographer in a hotel, who is dedicated to being a hotel choreographer, has a better chance of being a cruise director. faster.

Curious Article:Why is FREE DIVING an ENTERTAINMENT for the BRAVE?

What is the Organization Chart of a Cruise Ship

It splits from the captain up and then comes all the operational heads of the ship. The Captain, then the Staff Captain who takes care of all the security of the ship and then there is the hotel manager.

First the Captain, then the Staff Captain (at the same level, in terms of bars) and then below is the Hotel Director, the Chief Engineer, who is the one who has to do with all the machines, and then there it is divided into the machinery operation and all technical and hotel operation.

In the FNB Manager is divided into the director of bars, director of restaurants. Below the Cruise Director, everything that has to do with dancers, choreographers, musicians, technicians, etc. Those of House Keeping, is divided into areas of house keeping, etc.

It may interest you: What is a BOAT CAPTAIN on a CRUISE?

There is no time with a more difficult climate. Unlike hotels, on boats, in hurricane season, because all you do is change the route.

If you have a route through the Bahamas and a hurricane or tropical storm is announced that is heading to the Bahamas, what the cruise does, as it moves, is to change ports, that is the difference with the hotels.

In hotels, the difficult seasons are those of hurricanes between August, September and October, because the hotel does not move and the hurricane is coming towards you, but not on cruise ships.

Although if I have had to be on cruise ships where the captain announces that we are going to arrive in Miami, before the hurricane arrives and suddenly overnight, a category 1 hurricane becomes category 4 and reaches you and you're in the middle of the hurricane on the ship, I have had that too.

Related Article: How does a BOAT ANCHOR WORK?

But generally there is no stronger weather season, that's what it is, and when there are storms, the itinerary is changed to visit other ports so that it does not affect.

How many countries have you visited

In America then the United States, Canada, Alaska, Hawaii, all of Mexico obviously, the entire Riviera Maya and the entire Mexican Riviera on the other side.

The Panama Canal also, I have not been to South America as a cruise director, but there are ships that leave there.

I think I need to go to Australia, it is difficult to give an amount because I have traveled almost all over the world.

Related Article: What you need to know about the PROPELA de BARCO

Tips and Tips: 10 TIPS to CREATE a CURRICULUM VITAE for Tourism and HOTELS 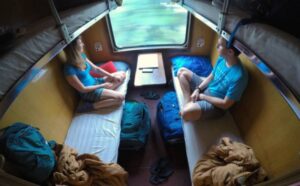 How to choose the best cabin on a cruise

What is port and starboard? 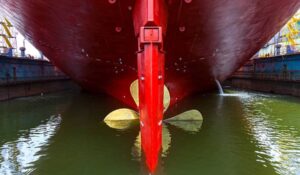 What you need to know about the PROPELA de BARCO 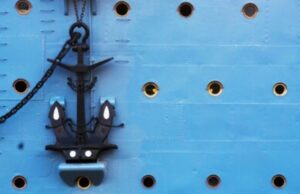 How Does a Boat Anchor Work? 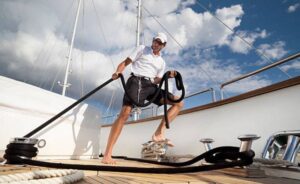 Work on Cruise Ships: A Way to Travel the World 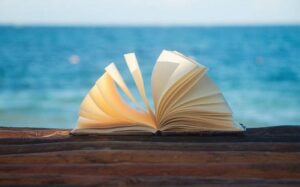 How a Life Jacket Works 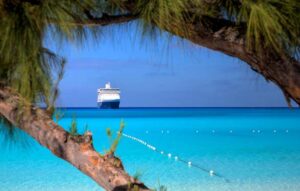 10 Tips for traveling on a Caribbean cruise

DISCOVER which is the BIGGEST CRUISE in the WORLD

What is a Ship Captain on a Cruise?

Everything You Should Know About Altamar Meaning 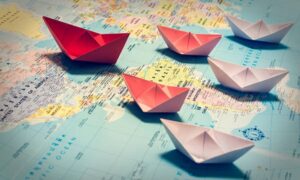 Looking for a job on cruise ships? This is what you need to know to achieve it