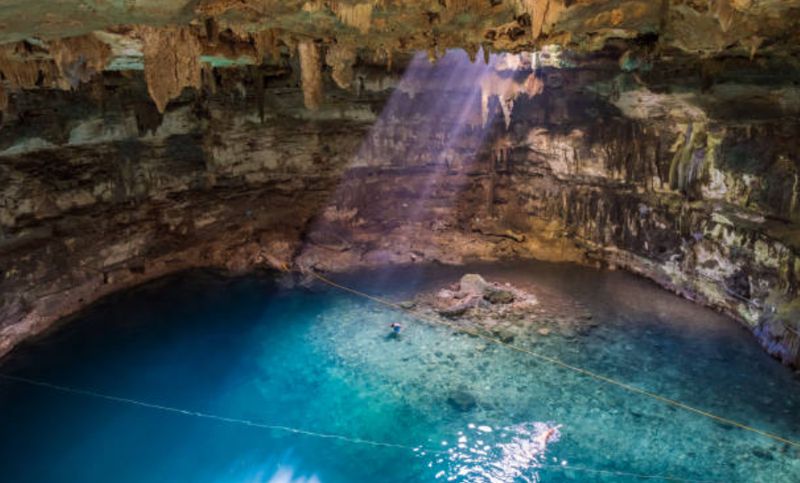 In short, Mexico has an endless number of wonderful places that are worth knowing, among them is the Sacred Cenote of Chichen Itza, a place full of magic that has a great history, like many other places in this country. Learn a little more about this incredible place.

The Yucatan Peninsula is basically a stone plain, and the water penetrates the subsoil, which gives rise to the formation of rivers, streams and pools known as cenotes. These cenotes can be completely covered, have a sinkhole or be totally exposed; which is the case of this Sacred Cenote.

This place offers a wonderful landscape, full of nature and a lot of peace, since it has the advantage that it resembles a small lake or pond. Its lake is 60 meters (197 feet) in diameter, and has several sheer cliffs on its sides, which drop 27 meters (89 feet) long to the green waters just below.

History of the Sacred Cenote of Chichen Itza

The history of this site goes back many years, to the time of the well-known Mayans.

You will surely like to read: What are the BEST ISLANDS in the CARIBBEAN for HOLIDAYS

For the Mayans of Yucatan, the water was totally sacred and they believed that the "Chac" (name by which the God of Rain was known, as they called him) lived at the bottom of this cenote and was feared. by many and adored by others as it had the ability to produce drought or the life force of water.

One of the many beliefs of this Mayan population, indicated that they believed that they could speak with their ancestors and with the gods of the underworld, in what way? Simple, offering them sacrifices in the cenote! Most of them went to the place to ask for good rains and harvests; as well as health and fortune.

Additionally, the priests offered rituals in the temples of the place, using the sacred water of the cenote.

In short, the great sacred well was considered of utmost importance for the well-being of all the Mayan people, and making use of their religious culture, they offered infinities of things and sacrifices to the God of Rain, as a form of worship.

Where Does the Name of Chichen Itza Come From?

Something important that you should know is that the name of Chichén Itzá has the translation of "At the mouth of the Itzá well" in reference to this cenote.

Related Article: Know the TYPE of TOURISM in Mexico

Pilgrimages to the Sacred Cenote of Chichen Itza

The Sacred Cenote was a place of pilgrimage for the ancient Mayans, and even, most of the offerings that were promised were not from Yucatan and the pilgrims had to travel great distances to offer their precious objects to Chac.

What was found inside the Sacred Cenote?

When the cenote was excavated, numerous precious objects were found, including: gold, jade, shell, wood and wooden objects that were preserved in the water.

They also found skeletons of men and boys with injuries consistent with the sacrifice. Young women were the most common sacrifice, and it is presumed that it was because they had power in their beauty.

This Sacred Cenote has the most important and renowned remains of the Mayan civilization. In 1988 it was named a World Heritage Site by UNESCO and later, in 2007 it was named one of the seven wonders of the modern world.

Relevant Article: What is ALTAMAR Meaning and Definition

Did Ancient Indigenous People Drink the Water from the Cenote of Chichen Itza?

The Sacred Cenote was used exclusively for religious purposes and drinking water was taken from other cenotes located throughout the city.

Tourist Place of Mexico without a doubt the Sacred Cenote

At present, it is one of the most important tourist places to visit, it is a meeting point for visitors to Mexico.

Walk through all the Temples of Chichen Itza

With an expert guide in the Mayan population, you can walk through the ancient city, learning in this way about its history.

There you can enjoy all its legends and curious facts, and you can attend all the temples of Chichen Itza, in addition to the Cenote.

Relevant Article: The ISLANDS of the CARIBBEAN SEA of Gran Turismo that you should KNOW

What are the Temples of Chichen Itza?

Among the most spectacular are the legendary Temple of Kukulcán and the Temple of the Warriors, decorated with images of the war and guarded by a forest of columns.

Something additional that you should consider is that some of these tours include visits to the colonial town of Valladolid, knowing in this way, the most significant monuments of all its old town, among which we highlight The Municipal Palace, The Church of San Servacio, and the Municipal Market.

The day you attend the Sacred Cenote, you must pay approximately 93 Mexican pesos for each person, so that you can rent life jackets. You must know that for security reasons its use is mandatory. 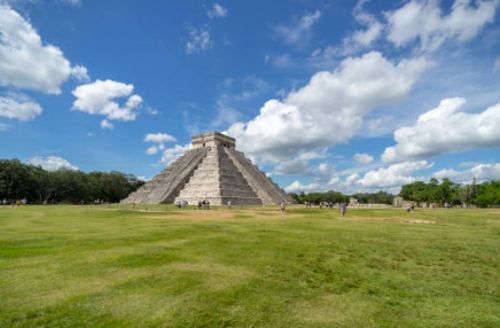 What is the Price of the Chihen Itza Tour?

In general, prices vary, but they are always in a cost range that does not change too much, unless it is high season.

How long does a Tour of Chihen Itza and the Sacred Cenote last?

Usually it does not extend for more than 12 hours. Similarly, the tour includes an English-speaking guide for foreign people, but generally the tour can be done in two languages ​​at the same time. 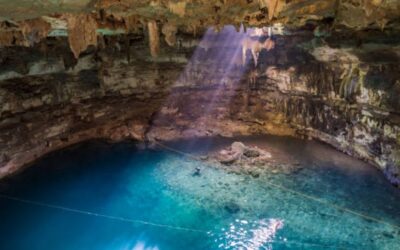 Characteristics and Types of Diving in Mexico

8 Theme Parks for Children in Mexico

Are you looking for an Amusement Park in Mexico?

10 Golf Courses in the State of Mexico